Stand the Test of Time

stand-the-test-of-time. (idiomatic) To remain useful or valued over a long period of time; to last a long time. 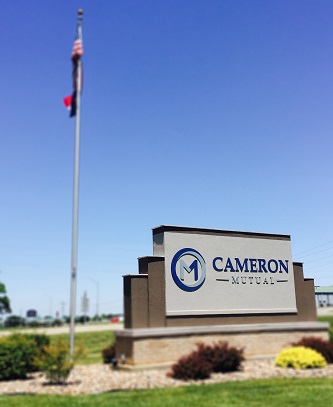 Cameron has stood the test of time by being a company that values its policyholders and agents. Starting as a mutual company in 1892, we have held true to our roots and continue to be a mutual company that values our customers. As we celebrate our 128 years of service this year, we look back at where we’ve been as we continue to look toward the future.

1892 - Organization was established as the Farmers Mutual Tornado, Cyclone and Windstorm Association of the Third Congressional District at Darlington in Gentry County, Missouri.

1902-1907 - Home office was moved to Cameron, Missouri. Shortly after in 1907, the name of the company was shortened to State Farmers Mutual Tornado Insurance Company of Missouri.

1932 - Board voted to put a man on the road for the company, whose duty it would be to visit County Mutual Companies and their agents in regard to writing tornado insurance for this company.

1966-1968 - In 1966, a branch claims office was established in Springfield, MO. By 1968, the company had 745 licensed agents in Missouri, 6 full-time district supervisors and 10 full-time adjusters. The company was known across the state as “that Cameron company”, so on February 22, 1968 the board changed the name to Cameron Mutual Insurance Company.

1983 - In 1983, Cameron took over management of Famers Mutual Insurance Company of Sikeston. It was then moved to Cameron and it became Cameron Country Mutual Insurance.

1988-1989 - Cameron Life Insurance Company was incorporated in September of 1988 and the first policy issued was June 23, 1989. In 1989, Cameron Mutual acquired Eagle National Assurance Corporation in Iowa.

2000 - Eagle National was re-domesticated to become a Missouri corporation, and its name changed to Cameron National Insurance Company.

2015 - In 2015, Cameron Mutual began its initiative to streamline operations and re-focus on its mutual roots, opting to move all of the business written by its stock subsidiary, Cameron National, into Cameron Mutual Insurance Company as each policy renewed.

2020-2021 - Cameron Mutual relocated from the building on McElwain Drive to another location in Cameron MO. Cameron Mutual is transitioning to a hybrid work model with employees located from Iowa to the most southern part of Arkansas and everywhere in between.

As we continue to celebrate 128 years of service, we enjoy reflecting on where we came from, but at the same time we understand it’s important to continue moving forward toward a successful future. As evident during the past 128 years, we continually strive to provide the best service, as well as to adapt to meet the needs of the ever-changing times. Cameron Mutual is, has been, and always will be Genuinely Responsive.

“I have never had to use insurance before so when I hit the deer, I just knew it was going to be a long, drawn out nightmare. But it was the complete opposite! My agent, adjuster and appraiser were all so prompt, compassionate and went above and beyond!”

“You hear all kinds of horror stories of insurance companies being difficult and not willing to help in your time of need. I am so pleased I have the exact opposite to say about you and your company.

The wreck impacted so many people aside from everything it did to me personally. It has been very refreshing not to have another issue on my hands with your company!”

“I want to thank you very much for your wonderful service to me when I had my car accident in January. You went above and beyond your duties and I do appreciate it. I am very pleased with all you do for me. I will recommend your company.”